TMR/Cy3/Cy5 was introduced for the fluorescent label with peptides to evaluate the cell-penetrating ability and intracellular distribution of each peptide. 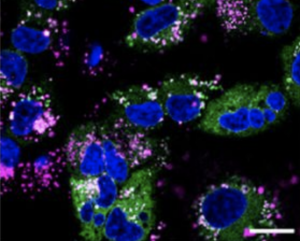